For over four years The Great War raged on, leaving in its wake a toll
of death and destruction such as the world had never seen.

Here are a few images of that time, an eternal testament to all those
whose lives were lost or forever altered by The Great War. 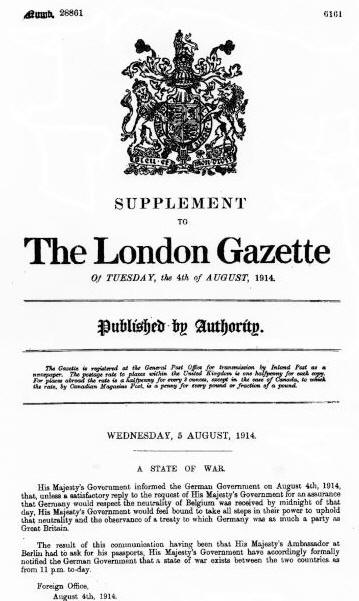 War on Germany is declared